UNFPA, the United Nations Population Fund, is an international development agency that promotes the right of every woman, man and child to enjoy a life of health and equal opportunity.

UNFPA is the lead UN agency for delivering a world where every pregnancy is wanted, every childbirth is safe and every young person’s potential is fulfilled. Ministry of Education and Science of Ukraine

Ministry of Health of Ukraine

Government Service of Ukraine regarding HIV / AIDS response and other socially dangerous diseases is central executive body and is directed by the Cabinet of Ministers of Ukraine through the Minister of Health of Ukraine.

Foundation for Development of Ukraine

The Foundation’s Mission is work for people by eliminating the causes of burning social problems; implementing the best practices of Ukraine and other countries, developing unique system solutions; obtaining the optimal result with every project and action.
The Foundation’s Goals:
– To encourage the most talented and motivated young people, i.e. the most valuable resources of the Ukrainian society to realize their potential, and to develop a strategy to benefit the best employees of the national education system;
– To implement and support state-of-the-art treatment processes and medical practices, introduce institutional changes in the health care system, and persuade Ukrainians to take more care of their health;
– To cooperate with the government to preserve the national culture and traditions and finance innovative projects designed to make a cultural breakthrough. UNICEF, the United Nations Children’s Fund, is the driving force that helps build a world where the rights of every child are realized. We believe that nurturing and caring for children are the cornerstones of human progress. UNICEF was created with this purpose in mind – to work with others to overcome the obstacles that poverty, violence, disease and discrimination place in a child’s path. UNICEF upholds the Convention on the Rights of the Child. We work to assure equality for those who are discriminated against, girls and women in particular. We work for the Millennium Development Goals and for the progress promised in the United Nations Charter. We are part of the Global Movement for Children – a broad coalition dedicated to improving the life of every child. We work in 190 countries through country programmes and National Committees.

Alliance-Ukraine is a professional charitable organisation, that in partnership with key civil society and government agencies, leads the response to HIV/AIDS in Ukraine through managing HIV/AIDS programmes and providing cutting-edge technical support and financial resources to local organisations – partners . These efforts contribute to the attainment of the country’s Universal Access to comprehensive HIV/AIDS services in Ukraine and effective community-based responses to the epidemic built on evidence and best practice.

All-Ukrainian Network of PLWH has passed its difficult way from a small group of activists to the most successful national organization of PLWH. The decision to choose the Network to be one of the Principal Recipients of the Global Fund Round 6 is the recognition of its achievements at international level. It marks a new important stage in its history. Today the Network of PLWH is the largest and the most powerful organization representing the interests of HIV-positive Ukrainians. All-Ukrainian Network of PLWH has 40 offices in all regions of Ukraine, more than 500 members, and over 400 employees. It provides services to more than 20 000 clients.

In 2003 Elena Pinchuk founded ANTIAIDS Foundation – the first and the sole charity, established with private funds, committed to fighting against AIDS epidemic in Ukraine. Elena Pinchuk Foundation aims to realize its activities at all social levels – from national programs to direct support to the people affected by AIDS epidemic. Among Foundation’ programs are national media campaigns, large – scale actions with the world wide known celebrities, fundraising for the concrete projects, work with the opinion leaders, attracting best international experience for the fight against AIDS in Ukraine, involving famous Ukrainians for the fight against AIDS.

The International Renaissance Foundation (IRF) was founded in April 1990. IRF is an integral part of the International Soros network which incorporates national and regional foundations in more than thirty countries around the world, primarily in Central and Eastern Europe, as well as the former Soviet Union. These foundations share a common goal of supporting educational, social and legal initiatives that promote the development and establishment of an open society.
IRF is the Ukraine’s one of the largest charity organization. Its main objective is to provide financial and operational assistance to the development of an open and democratic society in Ukraine by supporting key civic initiatives in this area. The International Renaissance Foundation finances projects and programs which foster the development of civil society, promote rule of law and independent mass media. Funds are also allocated for diversification of information resources for the third sector, democratization of education and public health, advancing of social capital and academic publications, as well as ensuring protection of national minorities’ rights and their integration into Ukrainian society.

AIDS Foundation East-West (AFEW) is a Dutch, non-governmental, public health organisation working in Eastern Europe and Central Asia (EECA) to reduce the impact of HIV among vulnerable populations. Founded in the Netherlands and launched on 1 December 2001, AFEW is considered an international authority in the field of HIV prevention, treatment, care and support for people living with HIV (PLHIV) in EECA, a part of the world that is still largely ignored by major international aid organisations. AFEW is the only non-governmental organisation operating in EECA that was specifically created to address HIV in the region and advocates to make the epidemic a priority in the social and political discourse and to stimulate prompt and appropriate action.

The Odessa Charitable Foundation “Way Home Foundation” was established in 1997 by Sergey Kostin. Through the work with homeless people, it quickly became clear homeless people were overexposed to HIV/AIDS infections through prostitution and drug abuse, and in 1998 the foundation started their HIV/AIDS prevention program, which is still running. Today the foundation serves more than 11000 of the heavy drug users in the Odessa region, annually 100.000′s of syringes and condoms are distributed, 1000′s of hiv/aids tests are performed, other medical assistance is offered as well as legal assistance. In 2000 the foundation started programs to help the street children.

Building on a lifetime of public service, President Bill Clinton established the William J. Clinton Foundation with the mission to alleviate poverty, improve global health, strengthen economies, and protect the environment, by fostering partnerships among governments, businesses, nongovernmental organizations, and private citizens — leveraging their expertise, resources, and passions — to turn good intentions into measurable results. To accomplish its goals, the Clinton Foundation has established separate initiatives, each with a distinct mission but all reflecting President Clinton’s founding vision: to implement sustainable programs that improve access worldwide to investment, opportunity, and lifesaving services now and for future generations. Working in diverse geographic regions and responding to local needs, the initiatives address targeted challenges in the Foundation’s key areas of focus: economic empowerment, education, environment and energy, health systems, and nutrition.

Ukrainian Philanthropic Marketplace is Ukraine’s first ever independent nationwide social philanthropic infrastructure. We aim to bring together the people who are in need with those who can support them. Our mission is to create, support and develop a nationwide platform which will effectively connect donors, nonprofits and recipients, providing a strong new framework for Ukraine’s fast-evolving philanthropy and nonprofit sectors. The project is initiated and supported by the grant of the Victor Pinchuk Foundation.

Trust of people is our highest value. 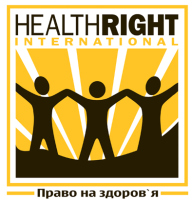 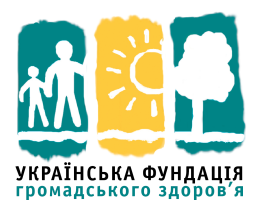